Meredith Halpern-Ranzer, Tinkercast’s Chief Executive Tinkerer, is an Emmy-nominated children’s media executive. Before joining Tinkercast, Meredith was a key member of the start-up team responsible for building the brand of Sprout, from 2005 to 2015. She held many positions in her tenure including VP of Creative, VP of Alternative Programming and Executive Producer and was responsible for developing and overseeing branding, promotions, shorts, specials and original programming blocks, including Sunny Side Up and The Good Night Show. Prior to joining Sprout, Meredith learned the answer to the burning question of her childhood when she found out how to get, how to get to Sesame Street where she worked for eight years as a producer and editor. She is a founding member and on the board of directors of Children’s Media Association.

Meredith is a constant seeker of WOW in her world with her husband, 9-year-old son and a dog named Shuggie. She loves camping, geocaching, the ocean, and making stuff with her hands. 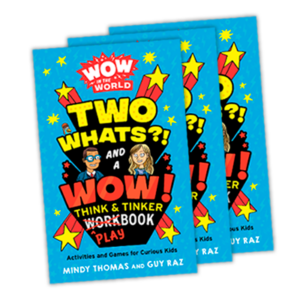